The editor of the Binghamton, New York, Republican predicted on June 4, 1896 that the invention of a successful heavier-than-air flying machine would likely be the work of bicycle makers. His prediction was correct. 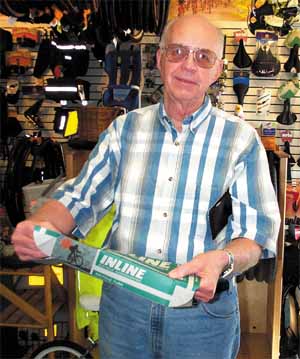 Wilbur and Orville Wright rented a storefront in Dayton, Ohio in December 1892 to start the Wright Cycle Exchange. Their business was successful and by 1897 it provided them an income of $2,000 to $3,000 per year.

Wilbur wrote the Smithsonian Institution on May 30, 1899 requesting information on the problem of mechanical and human flight. He stated in his letter "I wish to avail myself of all that is already known and then if possible add my mite to help on the future worker who will attain success" The Smithsonian sent Wilbur a package of literature and a list of suggested further reading in June 1899. Wilbur spent three months from June to August 1899, digesting the aeronautical history and theory. His analysis of the flying machine problem led him to the area of balance and control. Wilbur concluded that the problem of equilibrium constituted the problem of flight itself. Wilbur and Orville started to work the problem in the summer of 1899.

The first problem they encountered was how to maintain lateral equilibrium. Lateral equilibrium in an airplane is maintained by controlling roll. Roll is similar to leaning from side to side on a bicycle. They came up with the concept of "wing warping" to control roll. Wing warping is the predecessor of ailerons on a modern airplane. 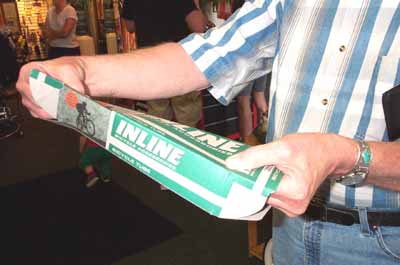 Wilbur came up with the wing-warping concept purely by accident of observation rather than a result of study. The accident of observation involved the twisting of an empty bicycle inner tube box with the ends removed. When he grasped each end of the box between his between his thumb and index finger and twisted in opposite directions he warped the box into a surface that would create an up load on one end of a wing and a down load on the opposite end of the wing, hence roll. Wilbur and Orville built a 5-foot wing span biplane kite to demonstrate wing warping. Wilbur flew the kite in July 1899 and verified that the concept worked.

On December 17, 1903 Wilbur and Orville made the first fully sustained heavier-than-air flights. They had achieved the timeless dream of human flight.

If you would like to learn more about the Wright Brothers and the history of aircraft, you are invited to visit the Museum of Flight located near Boeing Field, Seattle WA.

We sell a variety of classic balsa wood planes. They are still made in the USA. They offer endless outdoor fun until they inevitably break! But super glue is works great at repairing them. Also you can save parts from broken planes and make your own hybrids. We get the planes from the same company that made them when you were a kid: Guillow's. Stop by and see the selection. The first Rat City Bikes balsa wood glider is FREE!